Since 1993 Dias and Riedweg have been creating public art projects, making sure they reach out to the “other”. They address questions dealing with immigration, gender, madness, social exclusion, neo-colonialism, etc. Their work has been shown at MAMCO (Geneva), MAM (Rio de Janeiro), MACBA (Barcelona), the Tate Modern (London), ZKM (Karlsruhe), MACRO (Rome), and Kiasma (Helsinki), as well as Documenta 12 (2007). Romance Archive, a video piece featured in OSMOSCOSMOS, revisits the work of the photographer and activist Charles Hovland (*1954). For 20 years in the New York weekly The Village Voice, he offered his services as a photographer of people’s sexual fantasies (approx. 1,500 models for magazines specialised in male nudes). His archive holds over a half million black-and-white photos or slides. The use of a kaleidoscope in front of the lens while filming makes it impossible to control the video recording, like the analogue cameras that Hovland used, while fragmentation, like the soundtrack with its old hits, opens the work up to a new range of readings. *1964 and 1955 respectively, live and work in Rio de Janeiro 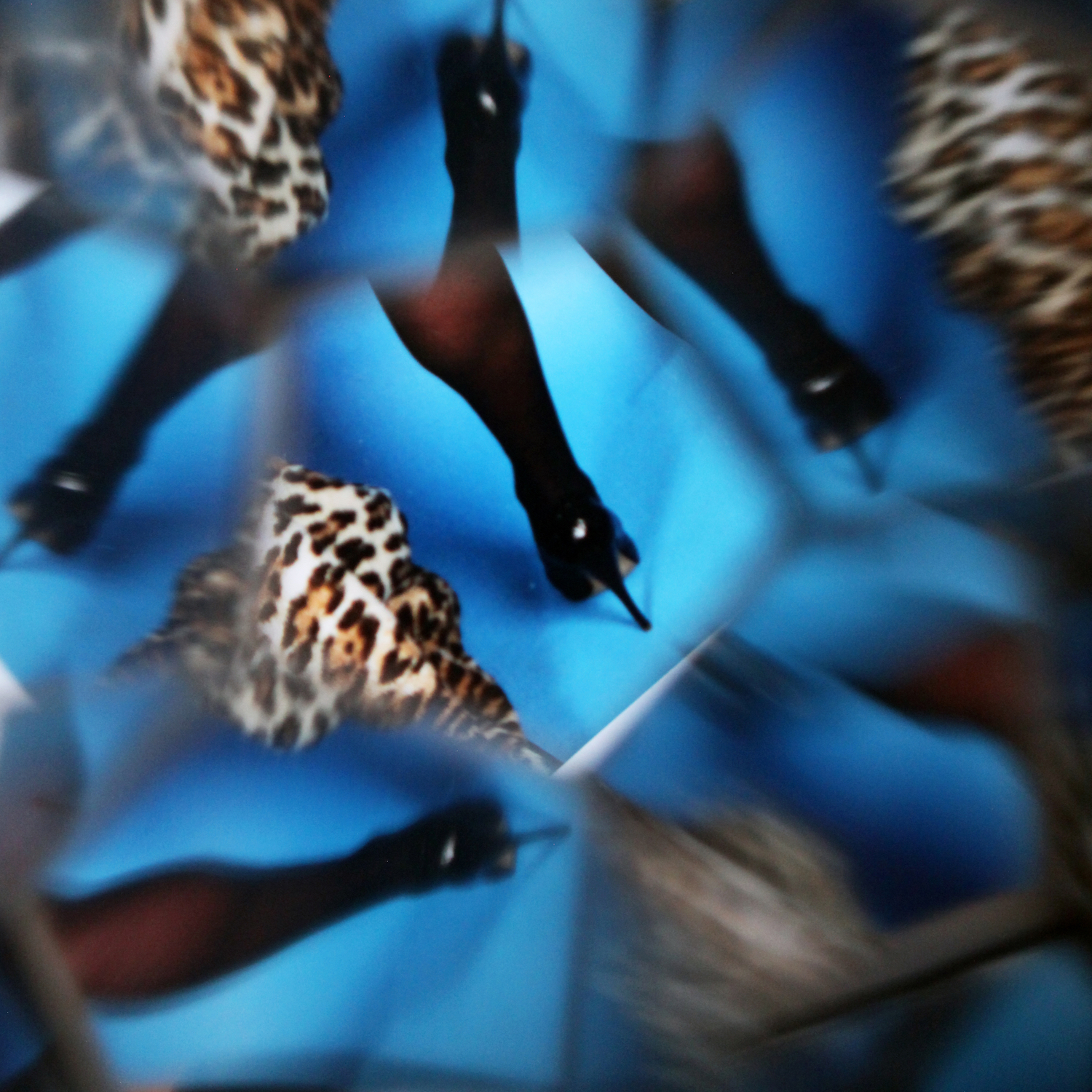