The artist Bunu Dhungana tackles questions relating to notions of gender and patriarchy. The photograph shown in OSMOSCOSMOS is part of the Confrontations corpus in which she poses the question, "What does it mean to be a woman today in Nepalese Hindu society?" Given that the blood produced in female menstruation is regarded as impure, a fair number of taboos surround it despite the fact that it is part of daily life for half the population. It is a biological phenomenon, a cultural, indeed a political fact. The artist then asks: "Can menstrual blood also be something magical, even extraterrestrial, a universe in its own right?" *1981, lives and works in Kathmandu (Nepal) 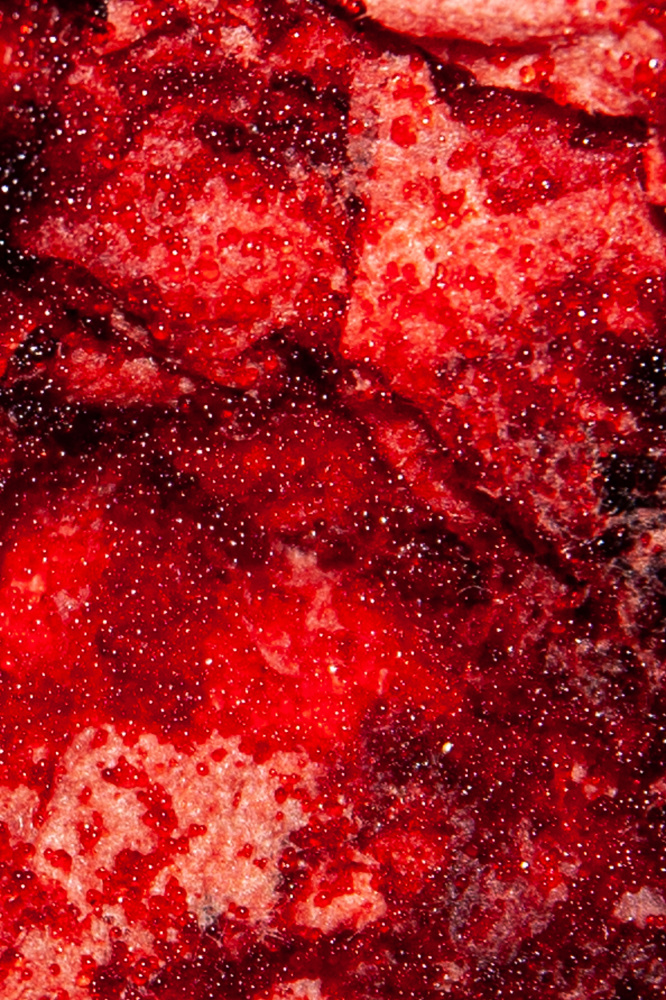