For over 20 years, a major theme in this artist’s work has been human and natural catastrophes associated with a pitiless critique of the media. History to Repeat Itself at Yosemite takes as its starting point the most famous photograph of a moonrise, Anselm Adams’ Moonrise, Hernandez, New Mexico (1941). In 1948, Adams repeated the subject and shot Autumn Moon, the High Sierra from Glacier Point. In 1998, astronomers revealed the exact site, date, and hour at which the renowned photographer snapped his picture, thanks to a constellation that appears every 19 years. By chance, Draeger was in Yosemite in 2005 and saw dozens of photographers trying to recreate Adams’ image. He decided to organise a group show featuring all the photographs made available to him. The short film featured here is a road movie made up of still images contextualising the project. *1965, lives and works in Umeå (Sweden) 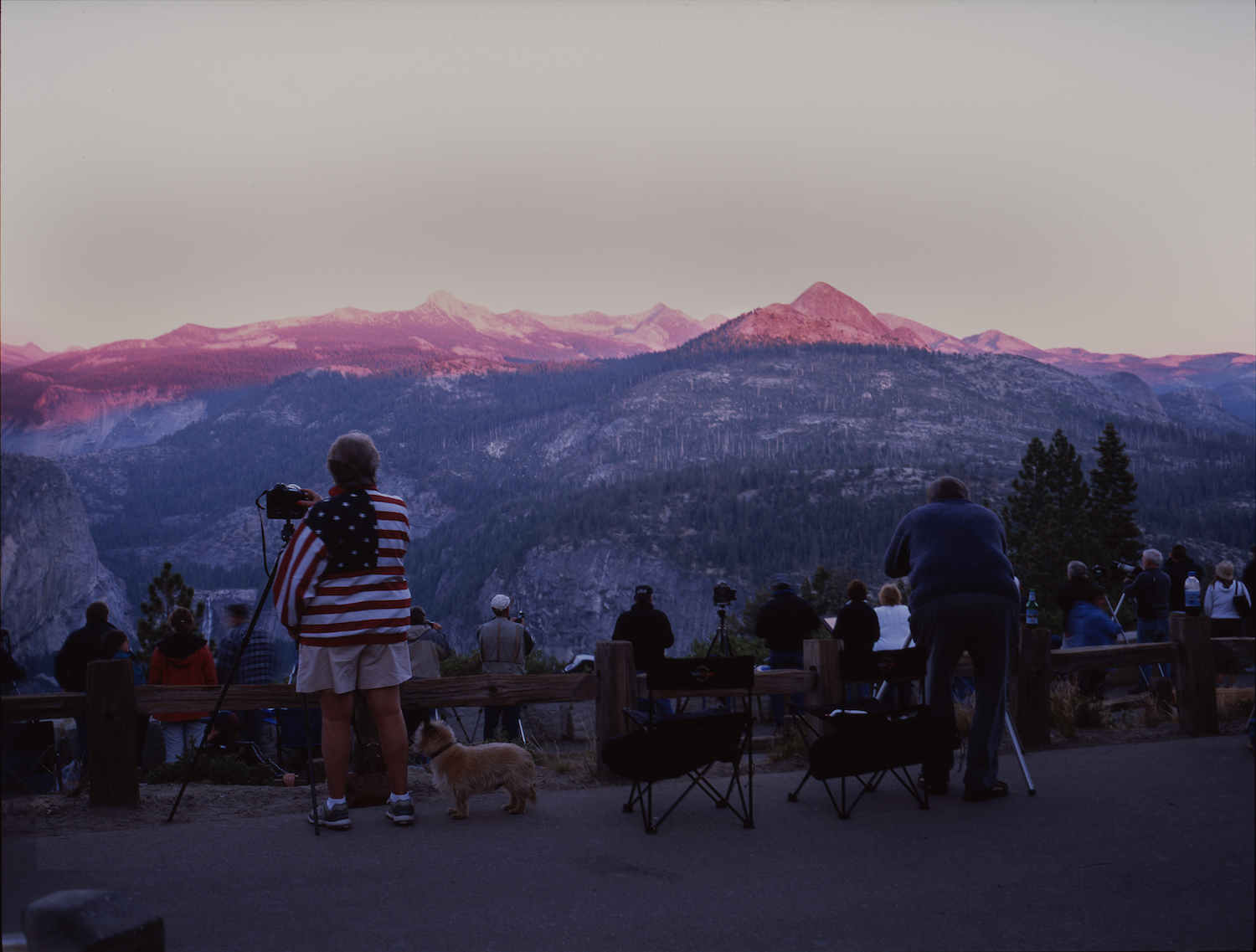