Originally called Lenore, Lee Lozano changed her first name when she was 14. She became a graphic designer at the Container Corporation of America, resuming her art studies in Chicago around 1960. Her first paintings swing between a “cartoonish” aspect in the style of Philipp Guston and Expressionism inherited from the New York school. She was a friend of Carl André and was influenced by Dan Graham, and her 1967-1970 Wave Paintings are inspired by physical and electro-magnetic undulatory phenomena, particularly those of light. The famous feminist New York curator of conceptual and post-conceptual art, Luy Lippard, wrote: “Lozano’s conceptual works are instructions, most often addressed to herself,” through which Lozano “transforms her life, and by implication, the lives of others and of the planet itself”. She “deliberately put an end to her career” around 1971-1972. Her graphic work Sans titre (Cosmic Fuck) is an abstract summing up of the ambitions of the OSMOSCOSMOS exhibition. *1930–1999, lived and worked in Dallas 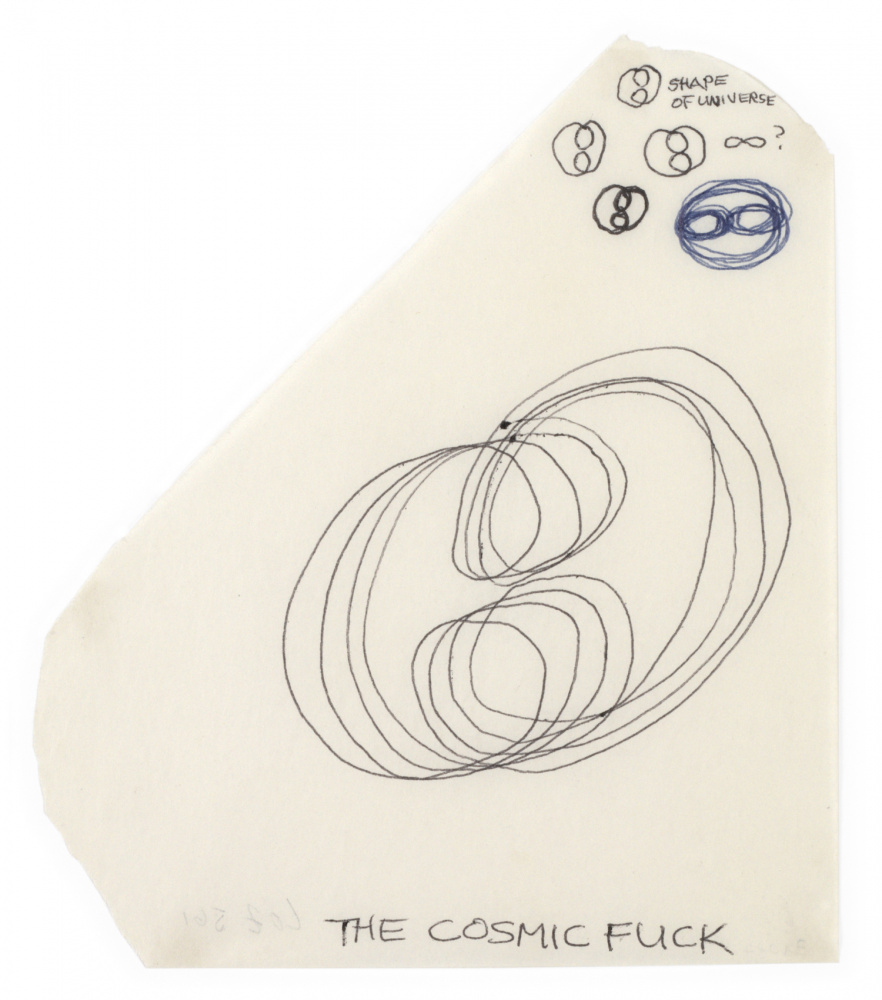