Urs Lüthi’s early 1970s self-portraits, black and white and printed on canvas, toy with an ambiguity generally considered unacceptable in Western patriarchal society where a man is forbidden to be a woman. Machismo ends here, or at least it begins to end, slowly. All of his production (painting, photography, sculpture, drawing, video, installation, performance) draws, directly or indirectly, on his life, and a stance that straddles conventions. He plays the part of himself, stages his lovers (by the light of the moon, among other ways, as in the diptych in the series Don’t Ask Me If You Know shown in OSMOSCOSMOS), his friends and even his daughter, all with a melancholy and even decadent air—and not without humour. He is one of those Western artists who since the early 1970s have made their body the star of their work, all the better to shake up the bourgeois sexual order. His vision of cosmic union is expressed in the painting Im Zeichen der Liebe, here seen as a projected photographic reproduction. *1947, lives and works in Kassel and Munich 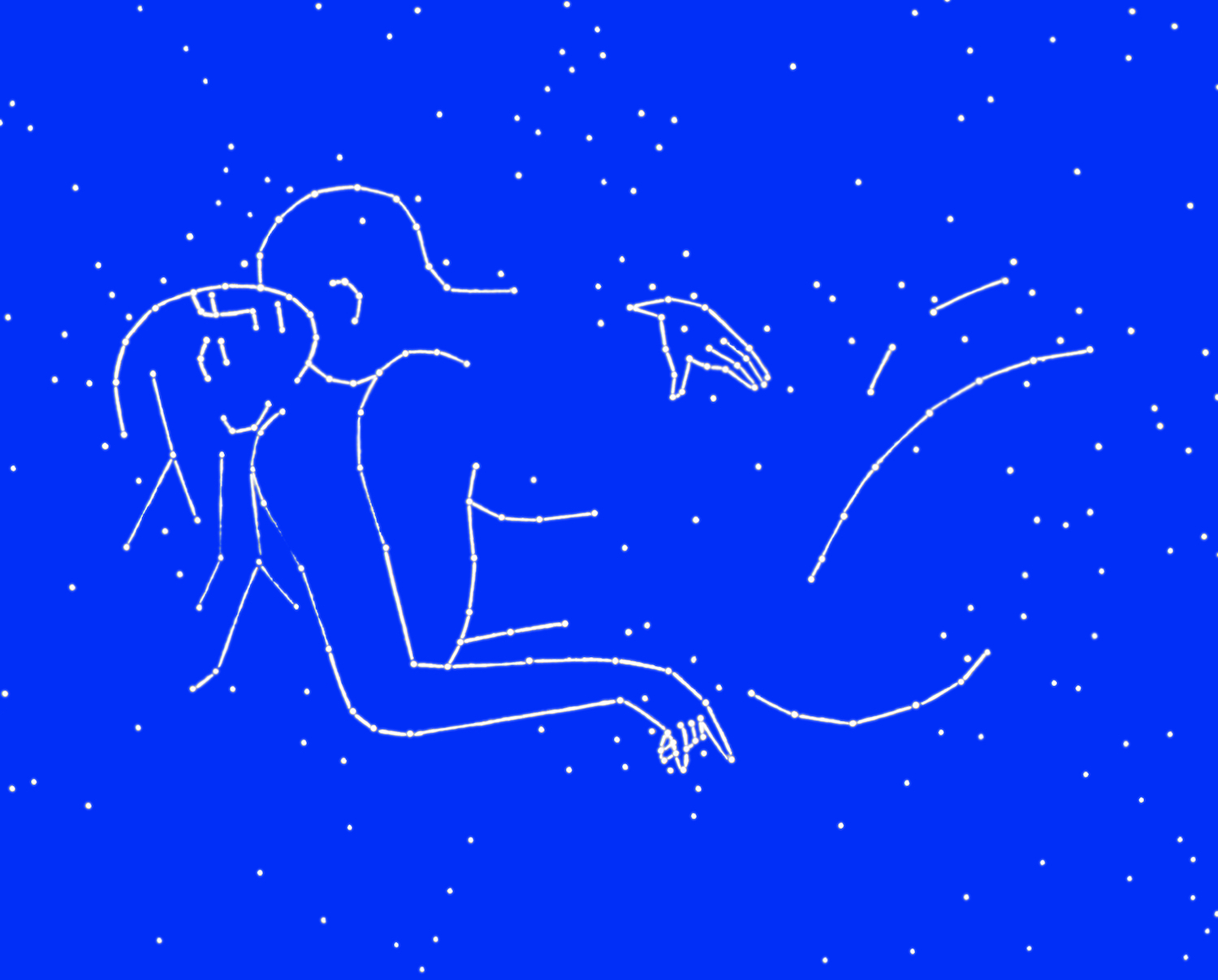