Coming from experimental cinema, Bjørn Melhus is a major German video artist whose work has earned him numerous awards and has been seen in several international museums and biennials. His practice of fragmenting and exaggerating figures and using dramatic strategies generated by mass media has opened him to criticism while also defining a new relationship between those media and the viewer. Moon over Da Nang (2016) refers to one of the greatest televised war spectacles, the Vietnam War. During the same period, American astronauts were looking at the Earth from the Moon and discovering the Blue Planet, the future emblem of the environmentalist movement. The two narrative lines of this short film develop in parallel, linked by shots showing the making of a marble astronaut in Da Nang, a new city that is beloved by investors in the tourist industry. *1966, lives and works in Berlin 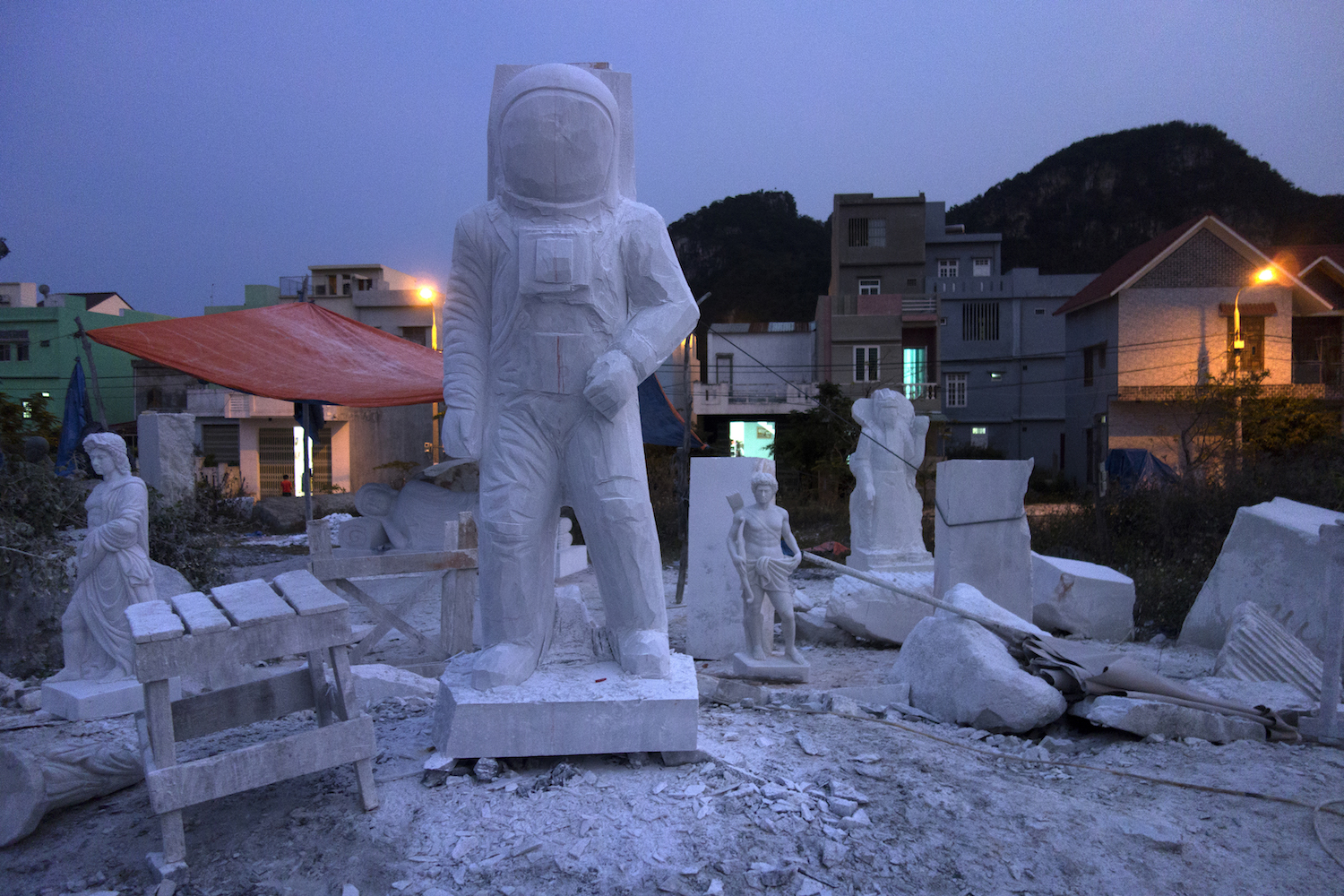