Carnival Strippers was Susan Meiselas’ first major photography project, which brought her—she had been working for Magnum Photos since 1976—international fame. She has just been awarded the prestigious Deutsche Börse Prize. While still a teacher in New York’s public schools, she spent several summers at fairs and carnivals in New England, Pennsylvania, and South Carolina in the early 1970s. She photographed and interviewed the women who were performing as strippers, taking a documentary approach with her subjects. For many of the featured women, it was precisely this profession that had enabled them to lead an autonomous and independent life. *1948, lives and works in New York 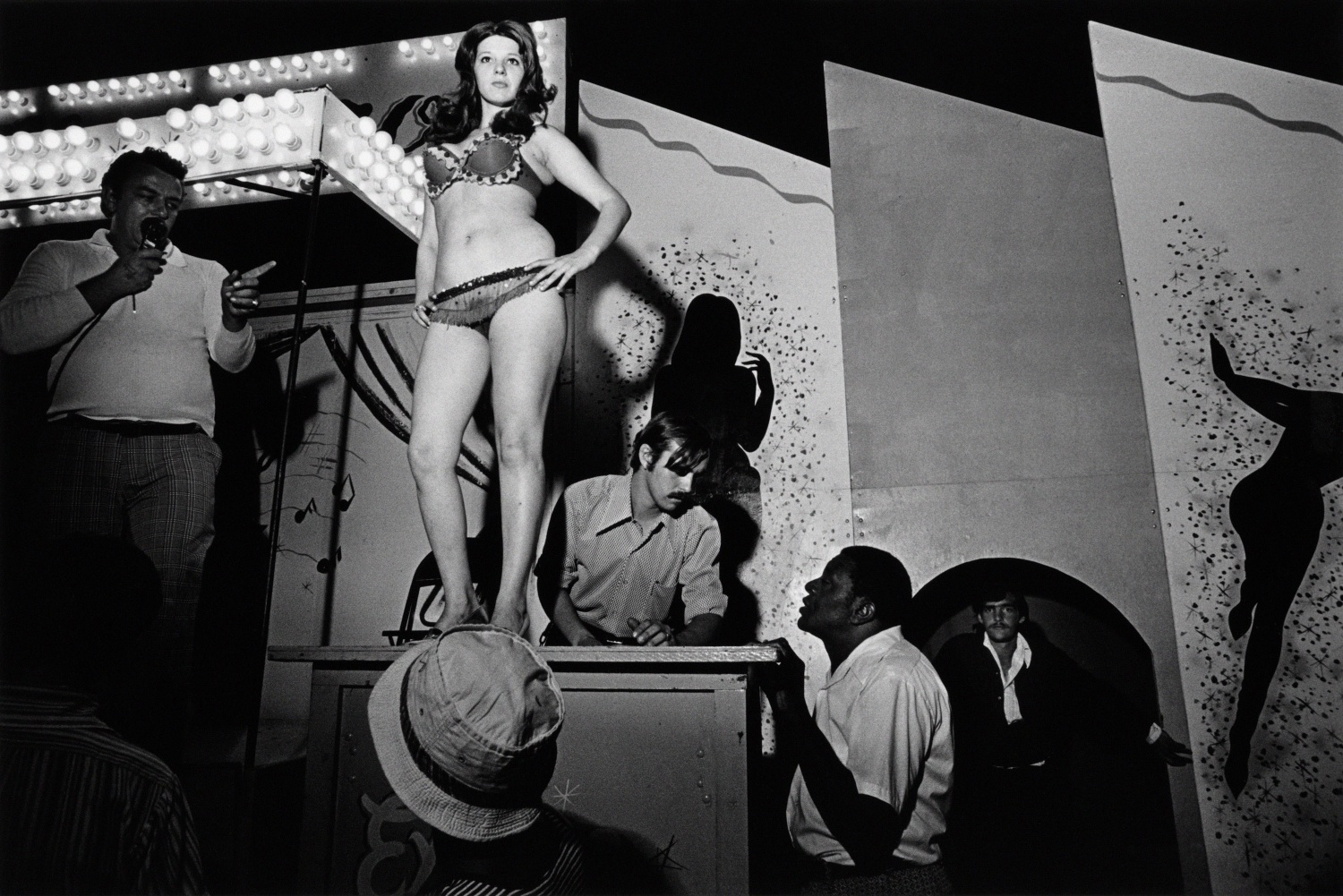