Today Verita Monselles is considered one of Italy’s photographers who was the most committed to criticising patriarchy. In the 1970s, she devoted an important series of photographs to the feminist Paolina Borghese and fiercely defended a woman’s right to her own sexuality. She left Naples for Florence and for years documented the experimental work of the theatre company Maggazzini Criminali, which successfully created links between minimal art and Arte povera. Verita Monselles designed sets for the company as well. It was Monselles who introduced the feminist artist Ketty La Rocca to photography. Together, and with other actresses from the troupe, they developed a feminist and occasionally blasphemous imagery, as in the photo on display in OSMOSCOSMOS. *1929–2005, lived and worked in Florence 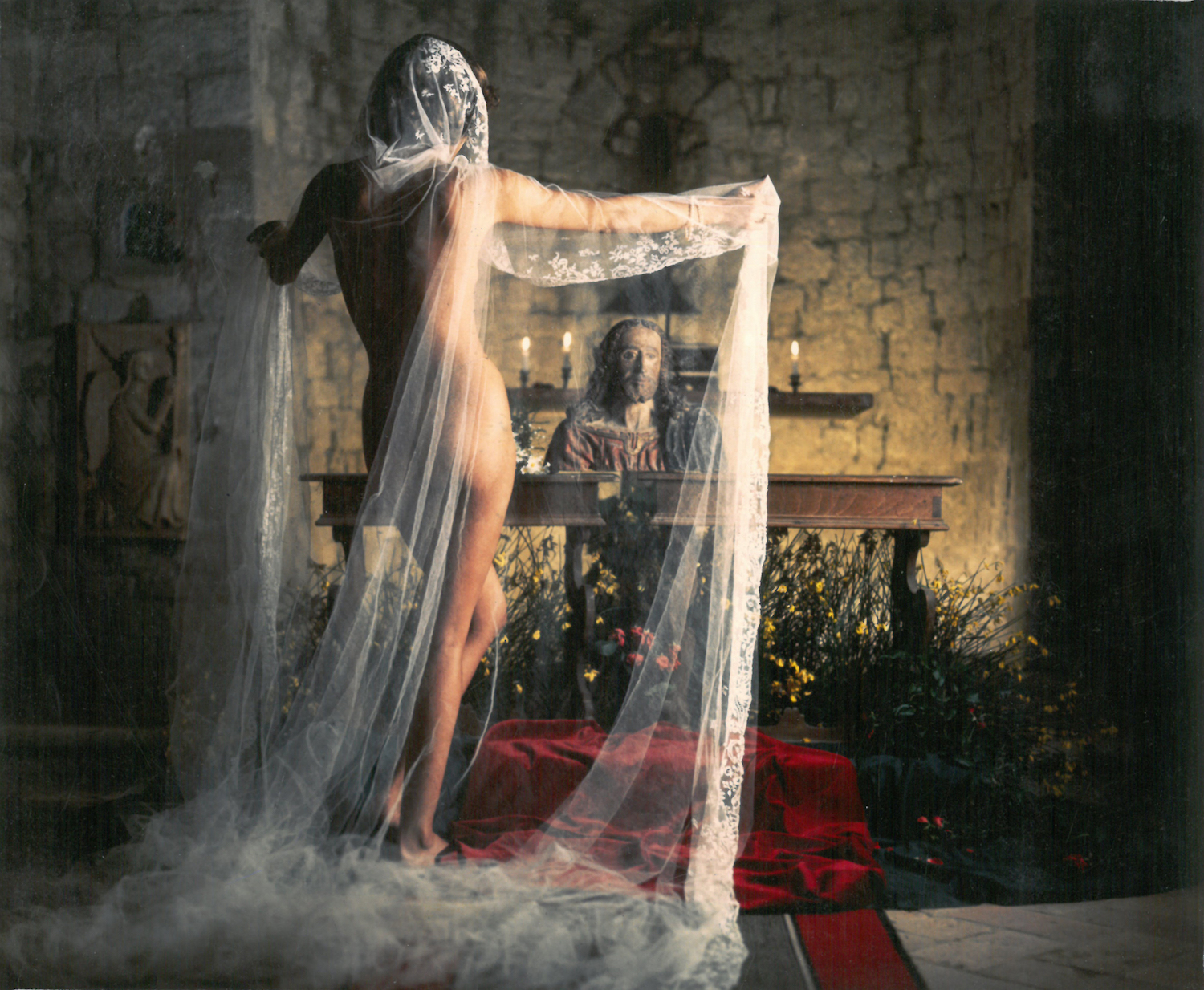