Gianni Motti’s first show at the CPG was in 2004, while since 2003 his work has been presented in four group exhibitions. Often his pieces take shape at the moment when the social/political situation he has provoked is recorded and broadcast by the mass media. Another facet of his corpus deals with physics and astrophysics. His video Anti-Motti (on view in OSMOSCOSMOS) shows the artist from behind as he walks through the 27-kilometre circular tunnel of CERN’s LHC particle accelerator. Also on display is his mock exhibition-invitation for the future solar eclipse of 2081. *1958, lives and works in Geneva 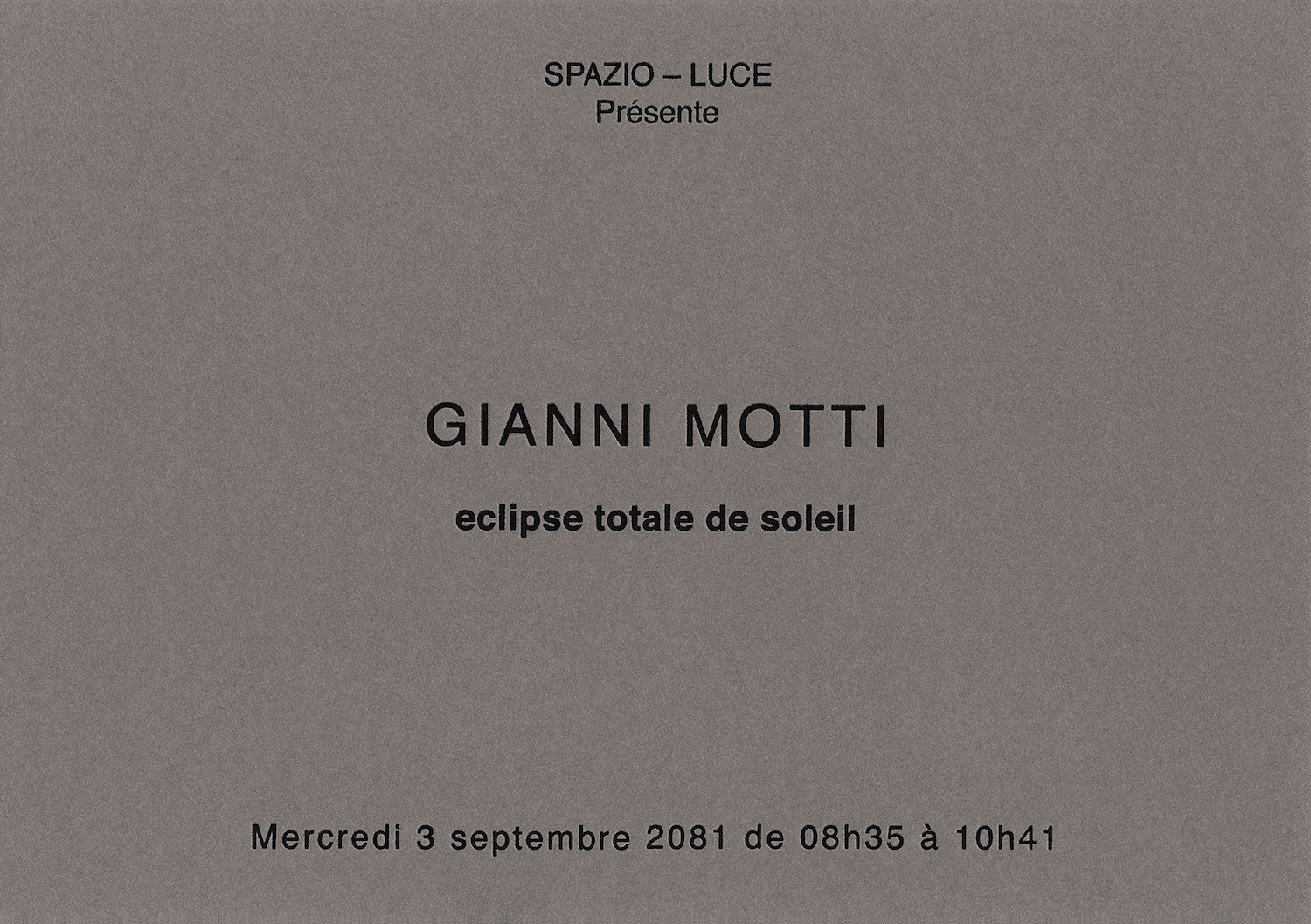