Offshore, their solo exhibition at the CPG in 2008, some of the photographs from which were used by the newspaper Le Monde when "Offshore Leaks" was published in 2013, marked the beginning of a regular collaboration with the CPG (Against the Grain, 2014, fALSEfAKES, 2013). The first part of their work is distinguished by an aesthetic based on the anodyne, a little in the style of a pharmacy shop window, making happy yet perverse use of the tools of the marketing world. Today their work is taking a more sensitive turn, whether with series like Ménilmontant or Foliages (2015), or more recently Vallées des Merveilles (2016) and Forêts (2016), cyanotypes on canvas like their new series Sans titre (2016), shown for the first time in OSMOSCOSMOS. These traces of the contour of a female figure, a kind of primitive nude, are also reminiscent of the anthropomorphic imprints created by Yves Klein. *1963/1987, live and work in Paris 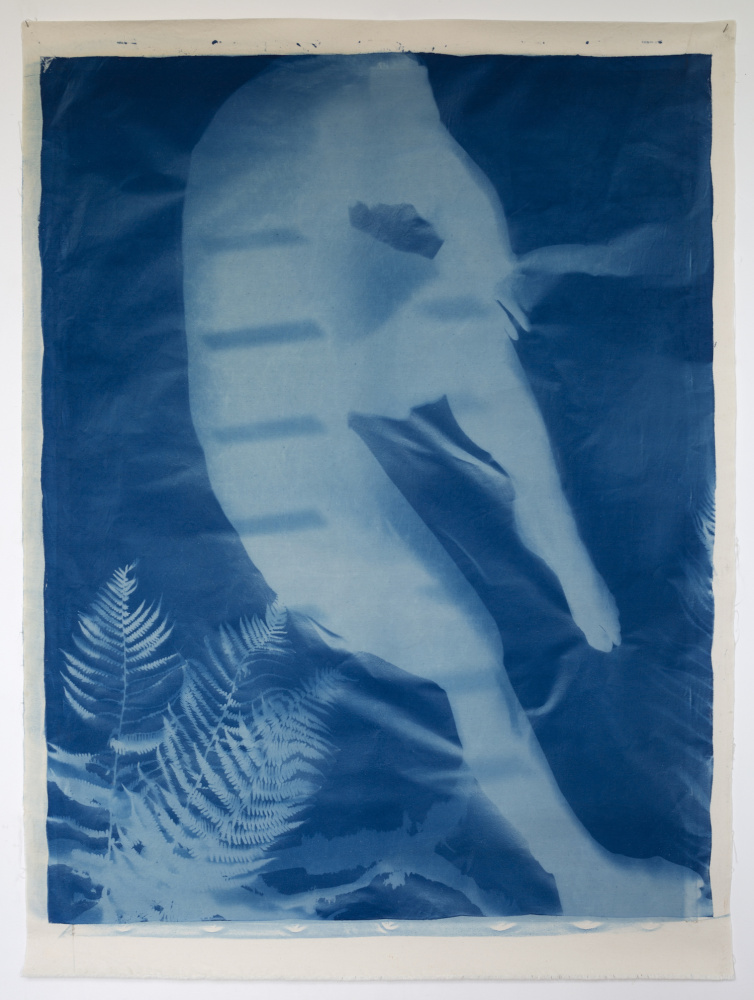