Patrick Tosani was one of the seminal figures marking the development in France of a contemporary art photography between 1980 and 2000. An architect by training, he called for the use of the “most objective means in photography: precision, straight-on framing of the shot, sharp focus, colour, enlargement,” but also scale and depth, in order to question what is specific to the medium of photography. Known for photo series like Glaçons, Portraits, Talons, Cuillères, and Masques, he developed another, Architecture et photographie, that was very well received and began in 2015 his latest, Planètes, from which the photo featured in OSMOSCOSMOS comes. Undercutting yet again the notion of scale, as in Talons or Architecture et photographie, for example, Tosani constructs models of unknown planets and plays with lighting to challenge any and all probability of a referent really existing in the cosmos. *1954, Boissy-l’Aillerie, France, lives and works in Paris 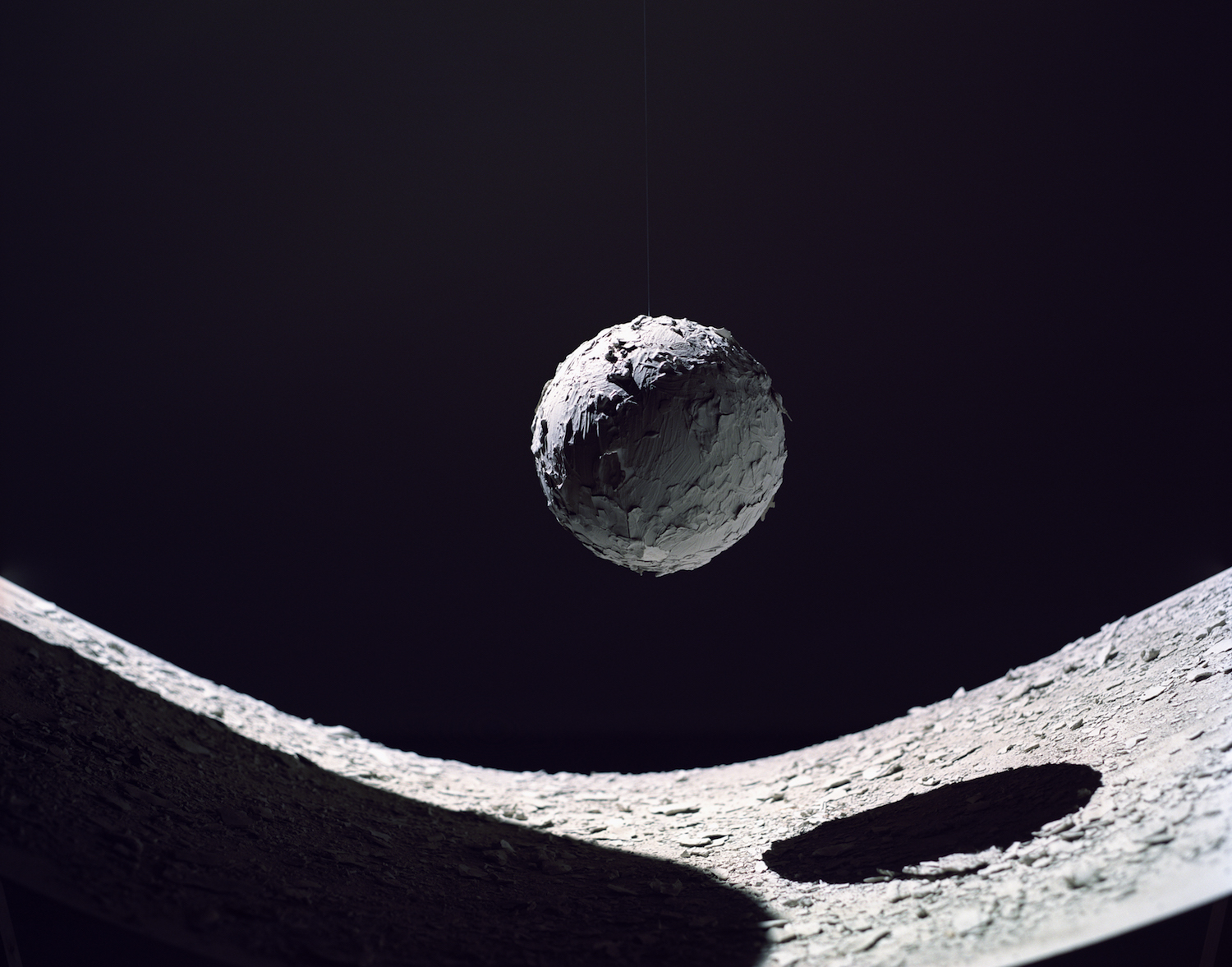