Grazia Toderi is one of the foremost Italian artists of her generation. She works mainly with video. Her urban views that shine in the night like diamonds and float seemingly weightlessly are inspired on the one hand by the artist Giotto, but also by a memory from childhood: the landing of the first human being on the moon. The artist has shown her work in major museums such as the Hirshhorn in Washington, the Maxxi in Rome as well as the Castello di Rivoli in Turin. When he discovered her entry at the Venice Biennale in 1993, Oran Pahmuk, awarded the Nobel prize for literature in 2006, was enraptured by it and asked her for a contribution to his Museum of Innocence in Istanbul. The Museum of Innocence in the Caddesi district is a collection of miscellaneous objects collected by Kemal, the main hero of the novel by the same name. With a nostalgia that gnaws at him from inside, he sees the woman he loves becoming ever more distant. He then compensates for that loss by frenziedly collecting every conceivable object that she would never have touched or had never touched: a love novel that is equal to Marcel Proust's À la recherche du temps perdu or Albert Cohen's Belle de seigneur. This was the genesis of the joint project Words and Stars, a series of videos of the starry sky of Istanbul with inscriptions of love handwritten by the writer from Istanbul, shown first in Turin at the Palazzo Madama in 2016, then at the MART in Rovereto in 2017. The video being shown in OSMOSCOSMOS belongs to that series. *1963, Padova, lives and works in Turin/*1952, Istanbul, lives and works in Istanbul 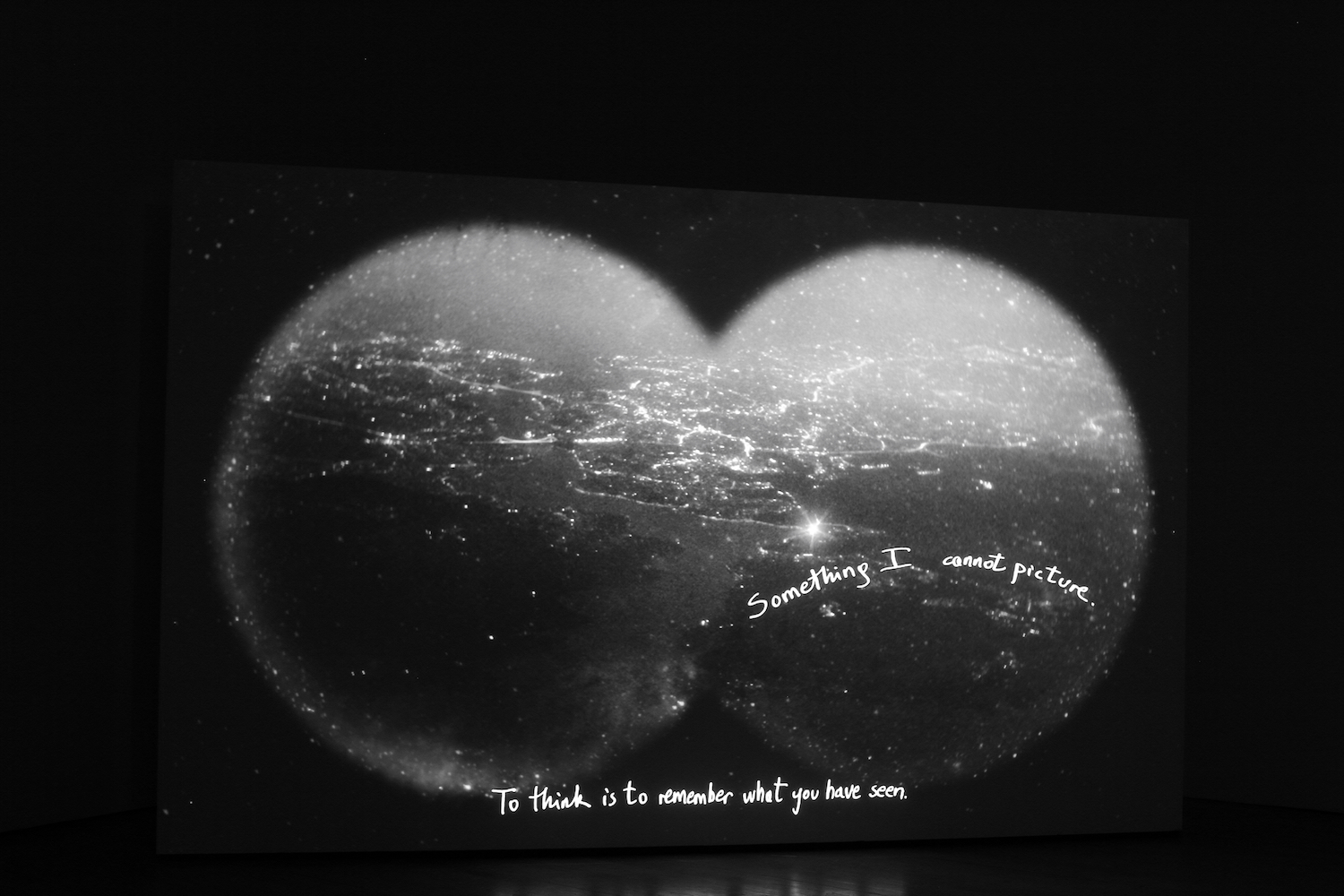