Determined to break free of the confines of her role as a muse (to her second husband, Urs Lüthi), Manon’s first act as an artist was to present, in 1974 in Zurich, an installation representing the site of her life and loves, Das lachsfarbene Boudoir (The Salmon-Coloured Boudoir). Many of the following pieces were performances in which she appeared—for instance, Lola Montez. With Manon Presents Man, she exhibited seven men corresponding to her fantasies in a Zurich art gallery. The format was that of Amsterdam prostitutes posing in store windows. For The Artist Is Present she travelled from Zurich to Lucerne with 16 young women, all in her image. The mirror was broken. Then came a long period of photographic work, all staging herself with the same sophisticated erotic flair, an extravagantly lustful and glamorous feminism borrowing from the feminine side of David Bowie and the masculine side of Marlene Dietrich. Starting in 1990 she increasingly began to make sculptures and installations, increasingly in contemplation of disease and death. OSMOSCOSMOS presents an excerpt from the 1982 Doppelzimmer series showing her with her third husband, Sikander von Bhicknapahari, a photographer’s assistant, producer, coach, digital assistant and much more, in a reversal of the role of the nude model. *1946, lives and works in Zurich 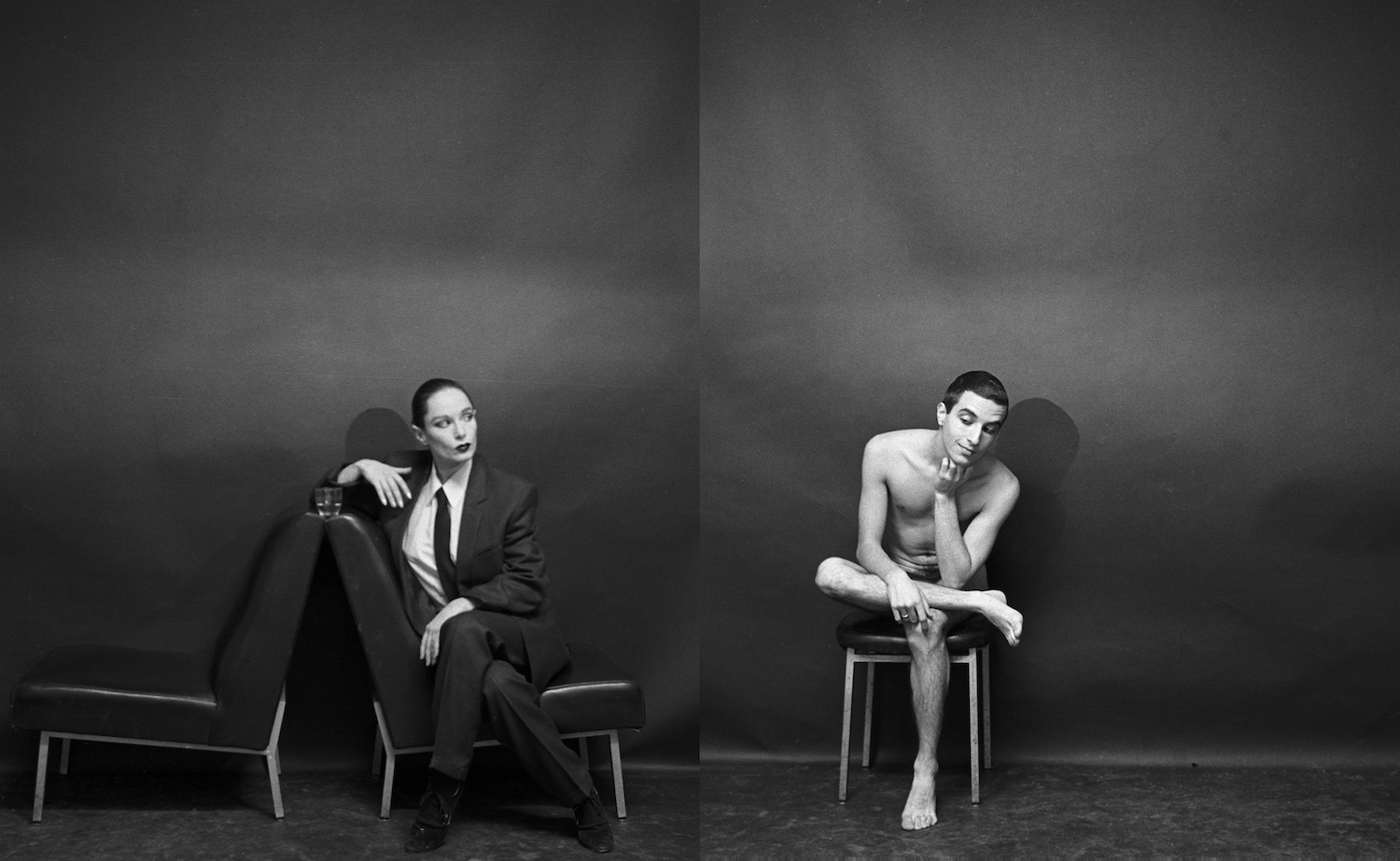