Born into the Italian literary scene, in 1942 he launched a literature magazine with Pier Paolo Pasolini. Some 26 years later he founded another, this time with Umberto Eco among others, and in 1976 an art revue with Jannis Kounellis. A writer and playwright, Fabio Mauri turned to the visual arts in 1954. He came to the attention of the broader public with Documenta 13 thanks to his curator, Carolyn Christov-Bakargiev, who organized his first retrospective in Rome in 1994. Mauri’s work is largely about historical memory and especially the Holocaust. The performance Ideologia e Natura (1973 Venice Biennale) exposed fascist rituals and codes regarding clothing used to mark an individual’s identity and make the person easier to exploit. Twenty-five years after he first used ambiguity to subvert gender, fashion photography—the shaper of our bodies in the era of unbridled capitalism—has almost caught up with him. *1926–2009, lived and worked in Rome 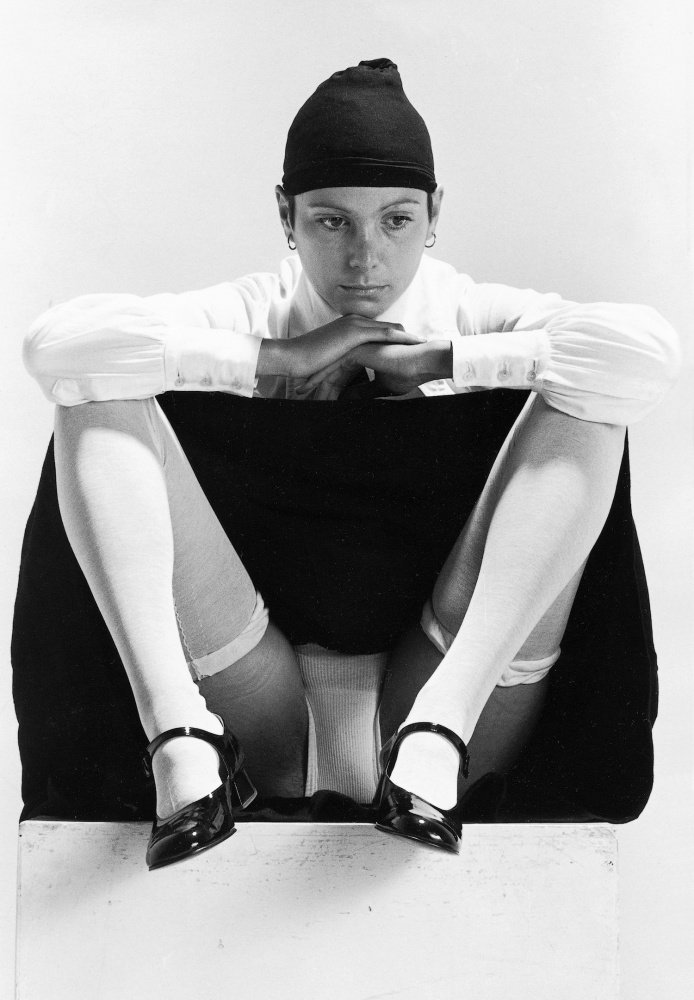