Mainly known for her performances under the pseudonym “Makita”, this artist critiques the sexist mechanisms that go to construct gendered identity since childhood and envisions culture as a possibility for passing on the feminist struggle. For her first museum show at CPG in 2018 she produced L’origine, a daily performance during which she would cut out an almond-shaped slit circumscribed by strips of paper in the pages of the French daily Le Monde. The paper ribbons around the opening became a vulva and pubis. A book going back over this performance has just been brought out by Éditions CPG and Ripopée. OSMOSCOSMOS features a montage of excerpts shot by the audience that attended the performance when Marzullo opened the first copy of the book using the letter opener that comes with the publication. *1971, lives and works in Geneva 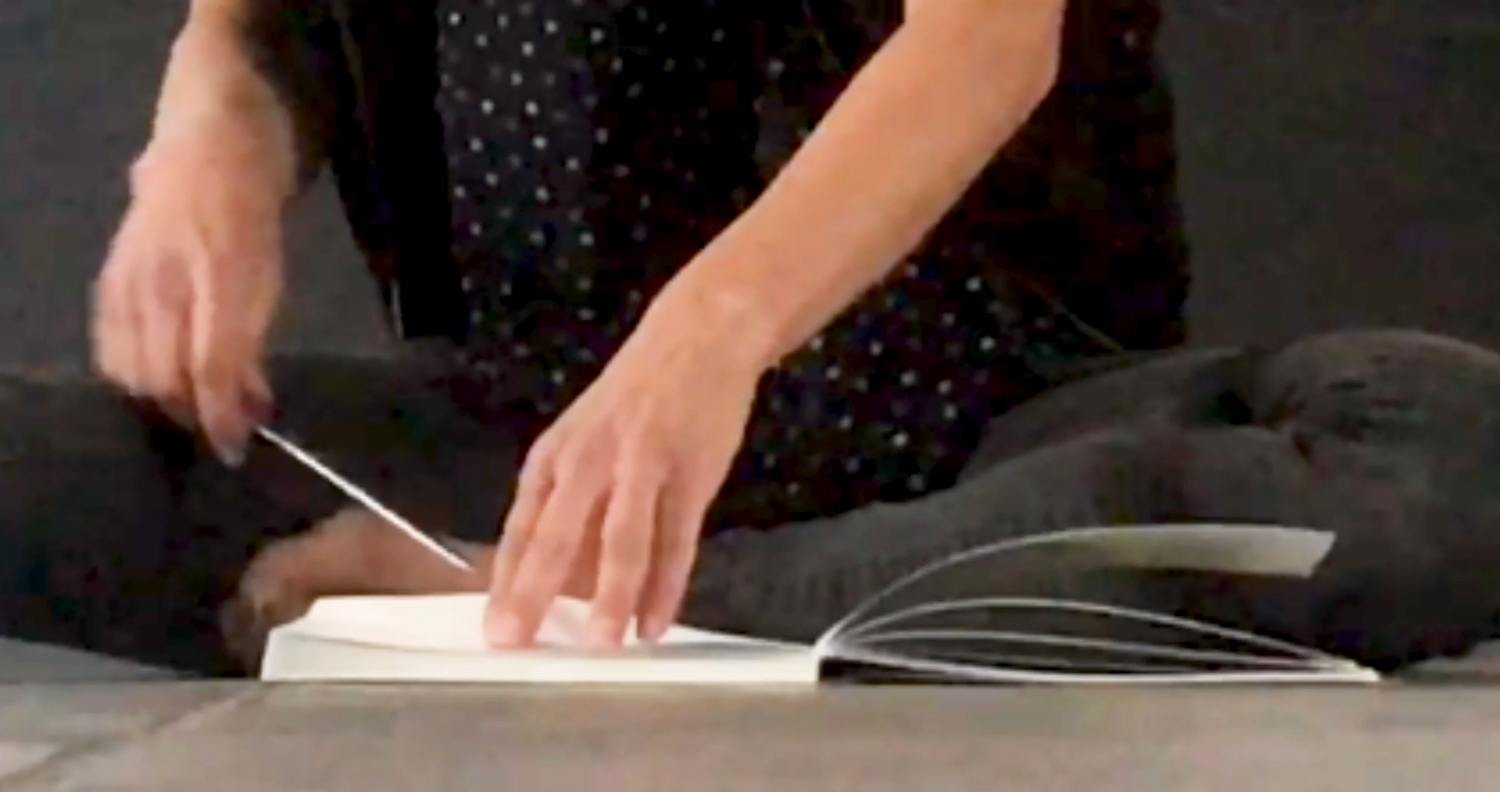