After graduating from Vevey’s School of Photography in 1980, Denis Jutzeler took up film three years later and eventually became a director of photography, working for such luminaries as Alain Tanner, Marcel Schüpbach, Jacob Berger, Nicolas Wadimmof, and many others. He has also made several short films and documentaries on his own. In 2014, he was awarded the Swiss “Quartz” prize for best cinematography for Germinal Roaux’s Left Foot Right Foot. Jutzeler never abandoned the still camera however during all those years. Following his work with Fernand Melgar on Vol spécial, he shot, for example, a series of portraits of men at the administrative detention centre of Frambois. OSMOSCOSMOS shows Jutzeler’s image of a layer of dust from the Sahara deposited by rain on the skylight of his house. He used a macro lens to photograph the particles and chose the negative of the image for display. *1956, lives and works in Geneva 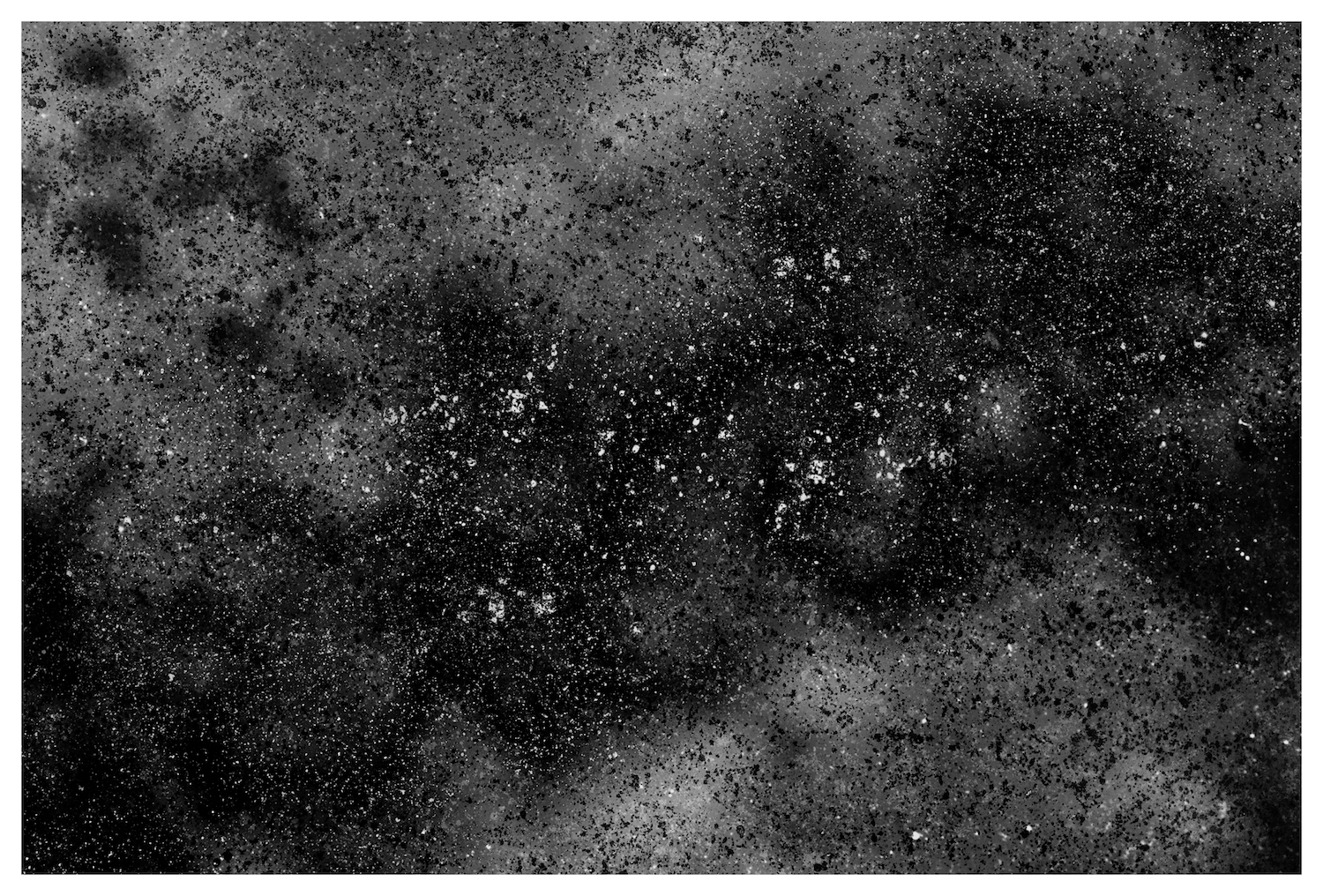