Viktoria Binschtok studied with Timm Rautert in Leipzig. She featured in the exhibition of his Meisterklasse show in 2006, then in the exhibition Caméra(auto)contrôle in 2016, both at the CPG. She developed a fascinating confusion between digital reality and analogue virtuality while at the same time questioning our customary ways of perceiving. She literally materialises the incessant flow of Internet images, making a material reconstruction of an image found on line in order to achieve a high resolution version. This is the case in the Networked Images series to which Legs and Knives belongs. This is a photomontage broken down into four vertical images. The two central parts showing legs clad in fishnet stockings are extended, by playing with scale, by images on either side found on the Internet depicting knives, with handles repeating the same motif as the stockings. *1972, lives and works in Berlin 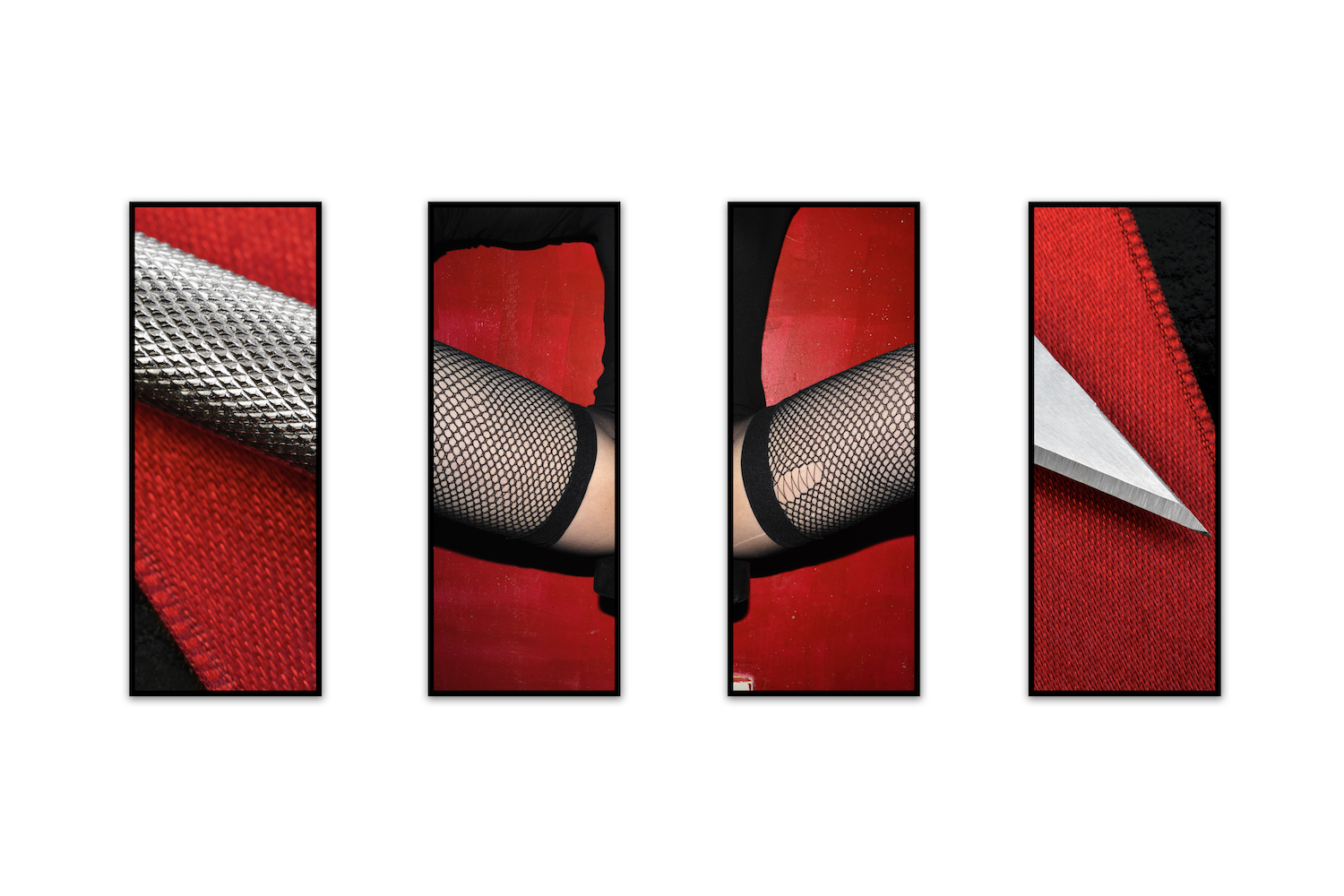