Pierre Keller has excelled as a graphic designer since the 1970s and 1980s. He created the conceptual work Kilo-Art, a new way of measuring art, authenticated by the Federal Office for Weights and Measures of the day. In the mid-1970s he discovered the Polaroid camera, making it his preferred medium on his travels. More specifically he wandered around the New York night-time gay scene, centred on Pier 52, which was also frequented by artists involved in post-minimal or post-conceptual art, like Gordon Matta-Clark or David Wojnarowicz, who photographed himself there with his Rimbaud mask. The exhibited series, consisting of enlarged Polaroid photographs, depicts fragments of male bodies and horses’ rumps. At the same time Pierre Keller pursued a major career in the Swiss art world, culminating in his role as director of the ECAL [Lausanne University of Art and Design] between 1995 and 2011. 1945-2019, lived and worked in Lausanne and Saint-Saphorin 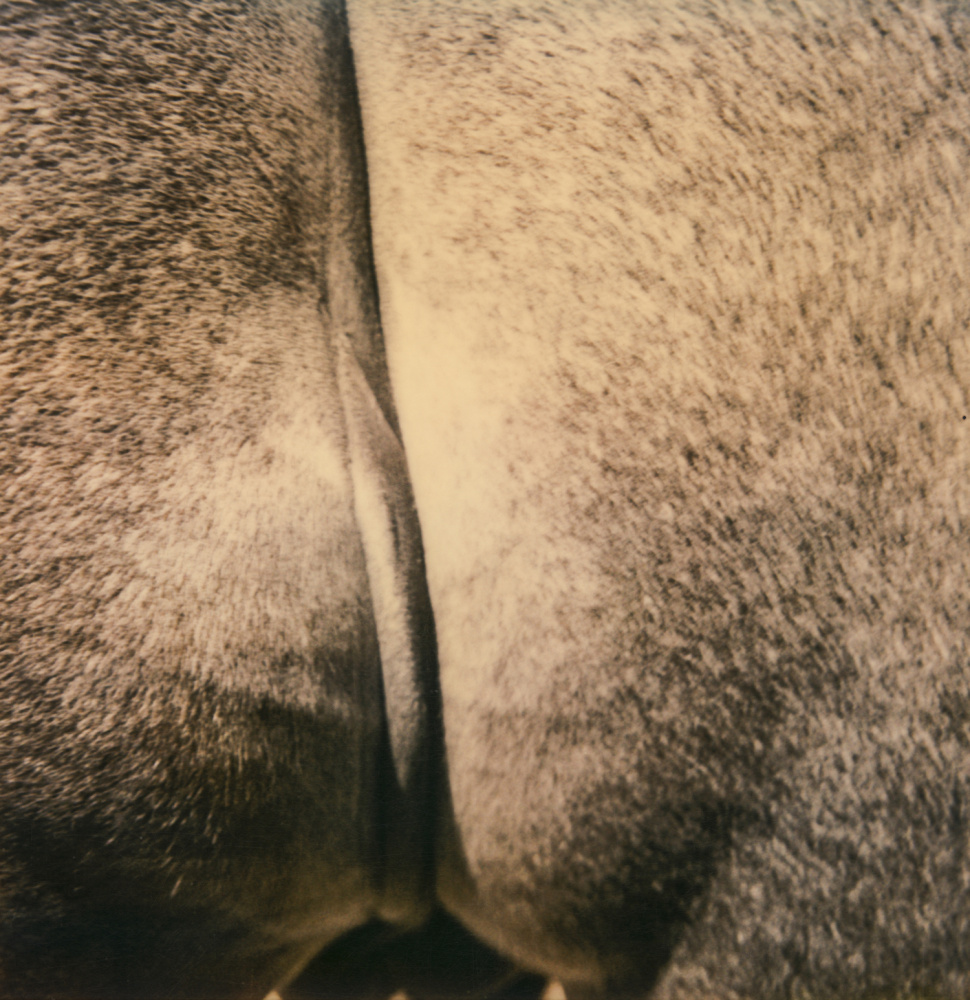