In 1985, the artist Orlan decided to take Patrick Weidmann for a spin on Rue St Denis. They agreed to meet by Les Halles. He got into her Citroën 2CV. They stopped frequently and got out onto the sidewalk. They visited every sex shop and peep show. According to Weidmann, Orlan found it hilarious but a nasty cold kept her almost silent. Some of the places were in pitiful shape, he noticed. He had an idea—some day he would do a series on architectural indigence and come back to these storefronts and capsules smelling of bleach. Around 2015 Weidmann went and photographed almost all of them. Meanwhile, they had gotten much worse. Those shops that hadn’t closed or been converted into fast food joints were in a dilapidated state that gave them an almost tragic charm, he says. *1958, lives and works in Geneva 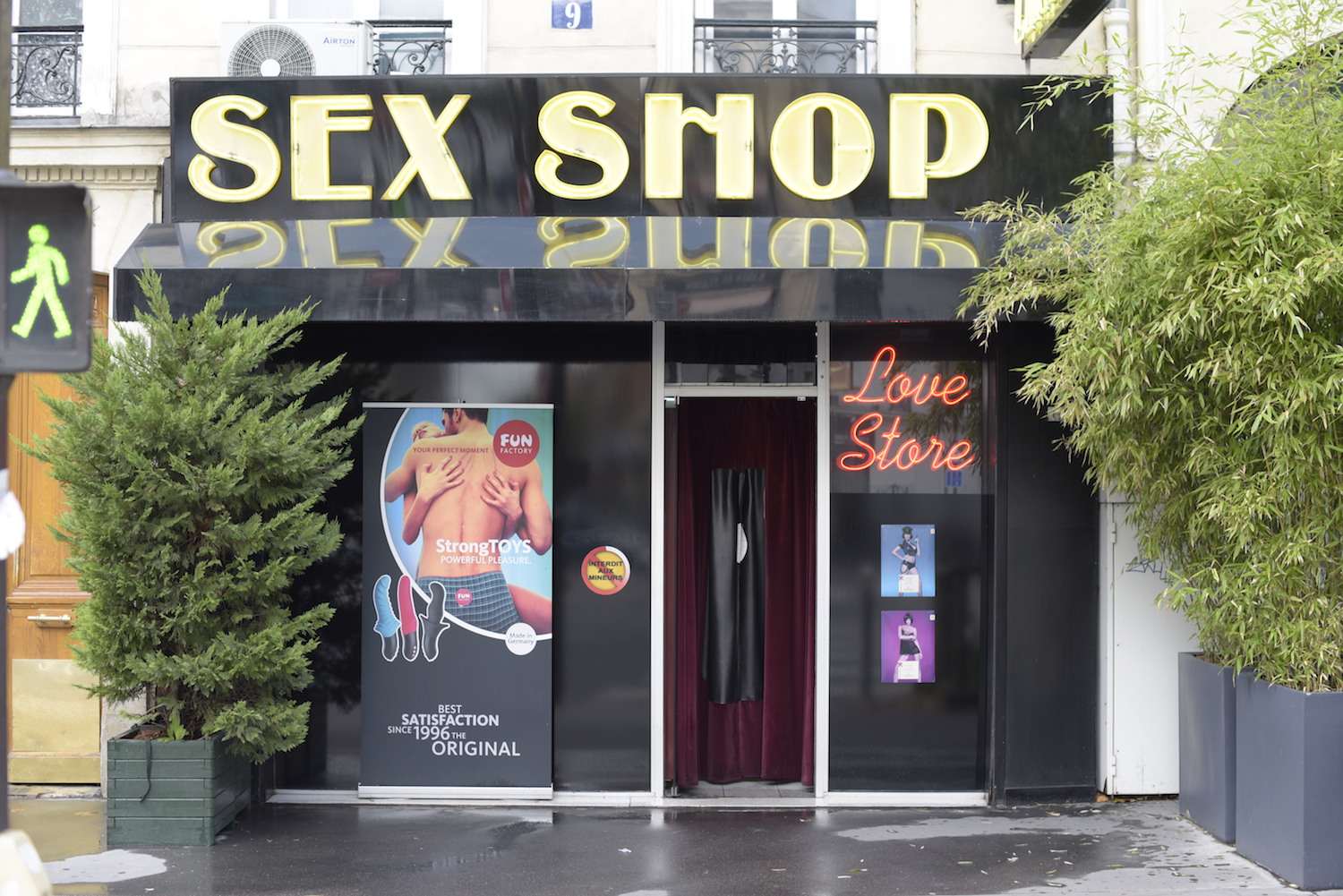