Mara Catalán has just brought out the book WILLIAMSBURG A Place | Once called Home. This album is a kind of journal for the years 1994 to 1996 of one of the most derelict districts in New York, with closed factories, ruined houses, and a dense population of artists, but one that has now been completely gentrified. Regarding her new series High Voltage, which she has made over the past four years in the New York underground scene, she writes: "The more deeply I went into my subject, the more I discovered a feature common to performers and spectators: they are turning ever more towards extreme experiments in order to provoke themselves and their public alike, and confront social norms by engaging with means of looking that are as much participative as they are sexual." In these contemporary documents there is something redolent of the festivals of free expression that were organized by Jean-Jacques Lebel in the mid-1960s in Paris. *1967, lives and works in New York 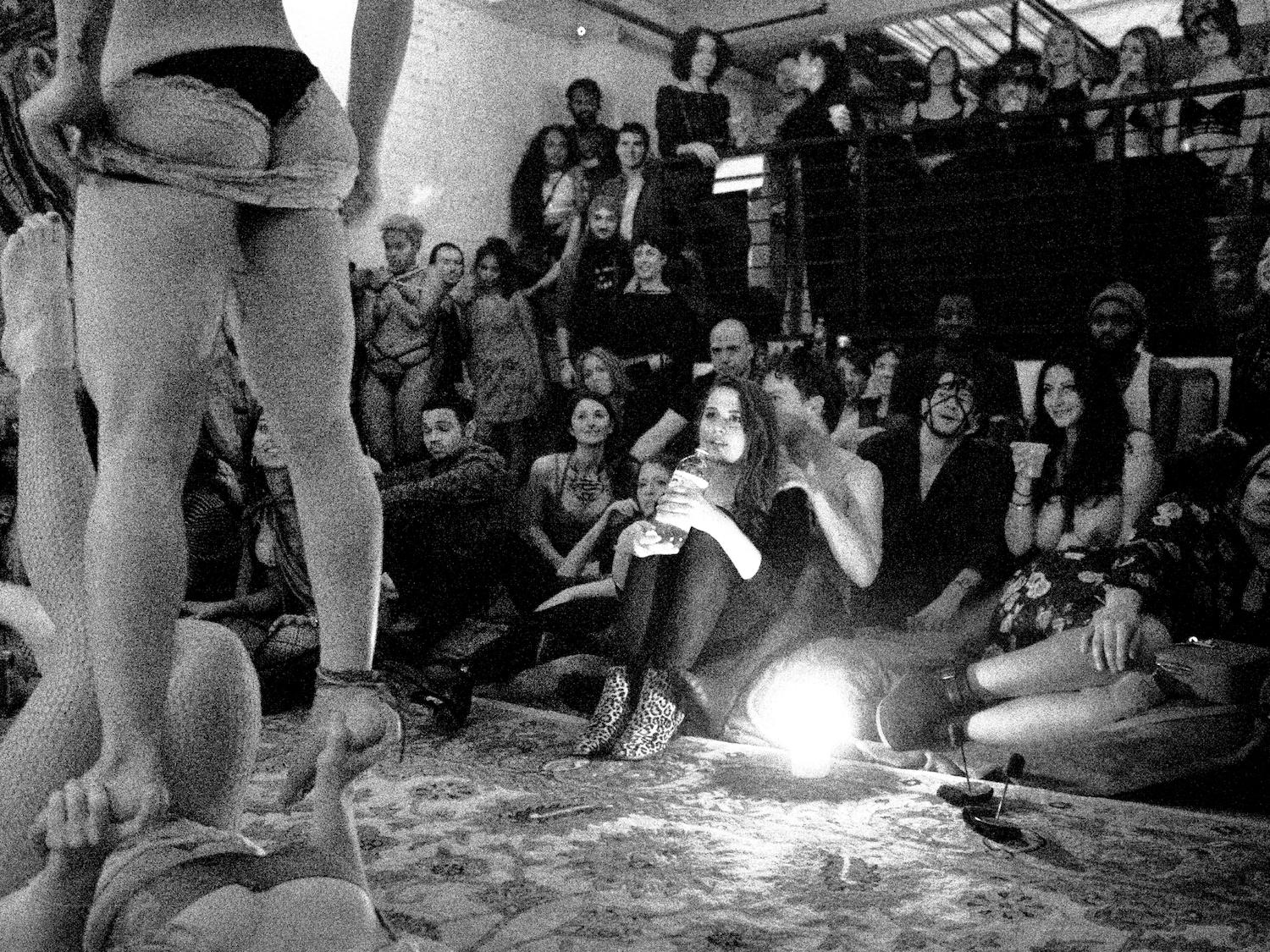