Laurent Schmid manipulates facts from history and science history to reveal surprising associations, using controversial and even refuted theories from philosophers and physicists. He refers to Johann Wilhelm Ritter in Heliopause. Although entirely self-taught, Ritter was admired by learned men such as Goethe and von Humboldt. He was convinced that light and sound are based on the same principal of duality, simply vibrating at different frequencies. A heavy drinker and an eccentric, he used a kind of proto-photographic technique to discover ultraviolet radiation, the basis for Schmid’s Feeling the Future series in OSMOSCOSMOS. The artist mixed rapeseed oil with gin and tonic, LSD and other substances and photographed the result under ultraviolet light—producing images that make us dream of travelling across the galaxy. *1960, lives and works in Geneva and Bern 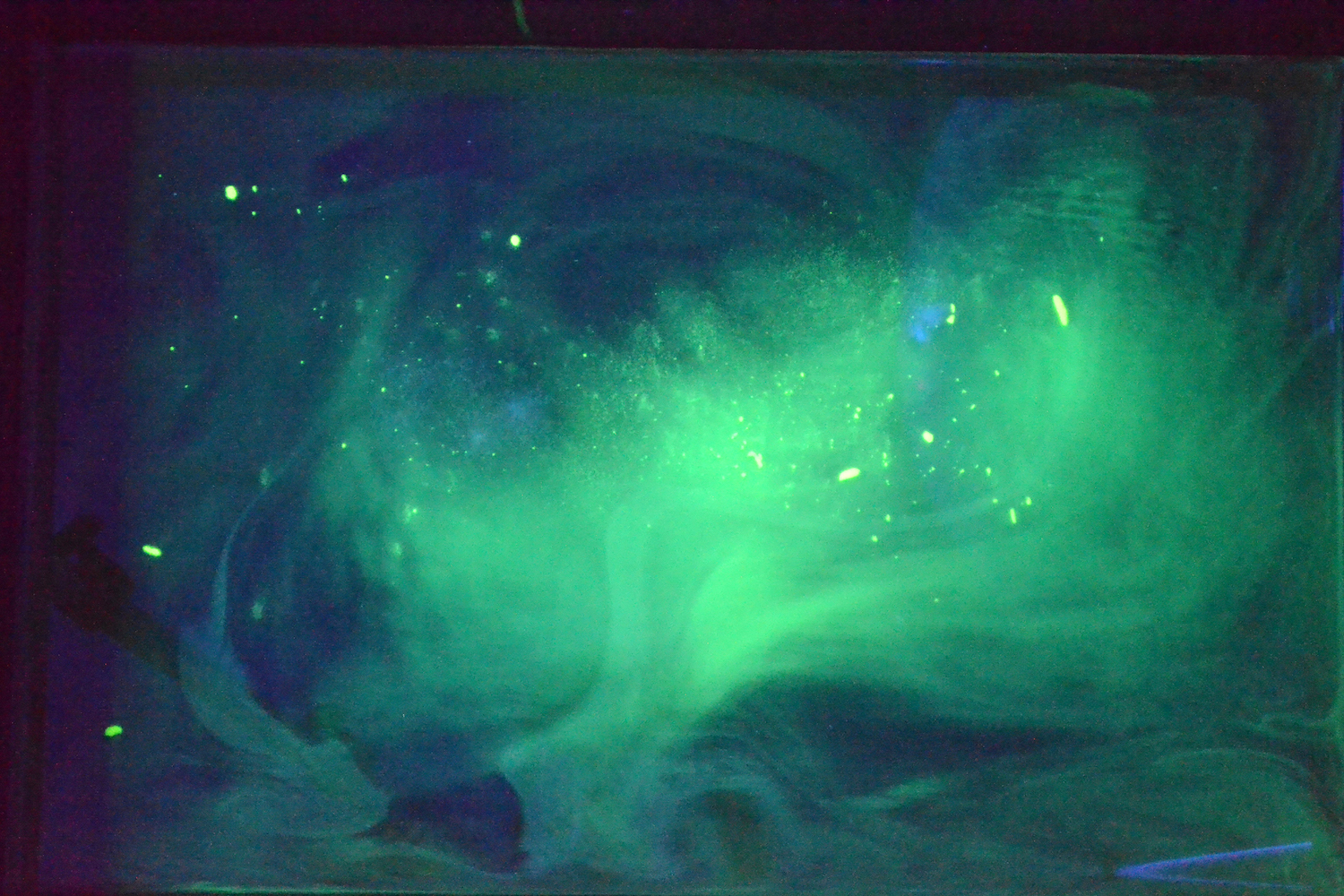