A painter who, with other artists like Roberto Crippa, Gianni Dova, Erro, Antonio Recalcati and Enrico Baj, produced the Grand tableau antifasciste collectif of 1961, Lebel is also a writer, director (who staged, for example, Picasso’s Le désir attrapé par la queue in 1965), translator into French of Beat literature, and curator, with such memorable exhibitions as Picabia and Michaux in Barcelona and Picasso érotique in Montreal and Paris. Along with Allan Kaprow, he was the first artist to stage a “Happening”. He even gave up his artmaking activities for some 15 years in the wake of the May 1968 events (during which he, along with the Living Theatre and others, occupied the Théâtre de l’Odéon in Paris). An inveterate anarchist, he has never stopped fighting for all forms of autonomy and against the obscurantism of monotheism while attacking the moral sexual chasm of Christianity, for example with his large wall compositions featuring pinups and nudes produced by males. *1936, lives and works in Paris, London and New York 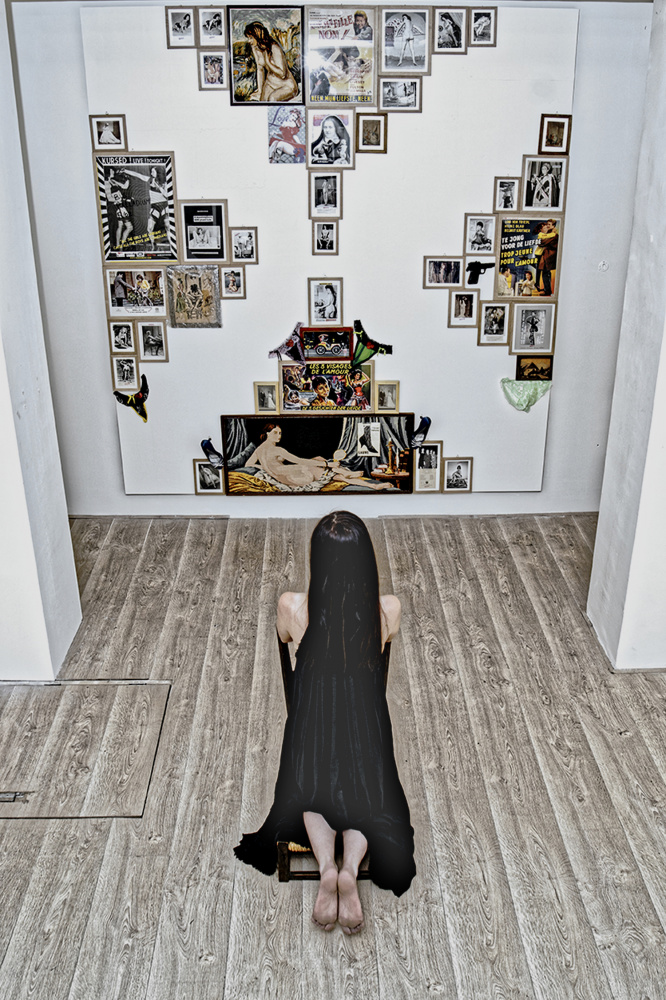