Like the OSMOSCOSMOS exhibition at the Centre de la photographie Genève, the cinema programme on offer at the Spoutnik, the outcome of collaboration between the two institutions, travels between Eros and cosmos. It begins with a special evening devoted to Peter Mettler and Andreas Züst, the glaciologist and photographer who worked with Mettler on Picture of Light (1994), a mesmerizing tale about a filmmaker’s journey to Canada’s arctic in search of one of Earth’s greatest natural wonders: the aurora borealis, or northern lights. While combining glimpses of the characters who live in this remote environment with the crew’s comic and absurd attempts to deal with the extreme cold, the film reveals the paradoxes involved in trying to capture the natural wonder of the northern lights on celluloid.
The film is followed by a slideshow of photographs by Andreas Züst accompanied by the lecture "Fluoreszierende Nebelmeere" ("Fluorescent Seas of Fog") by the writer and musician Peter Weber. 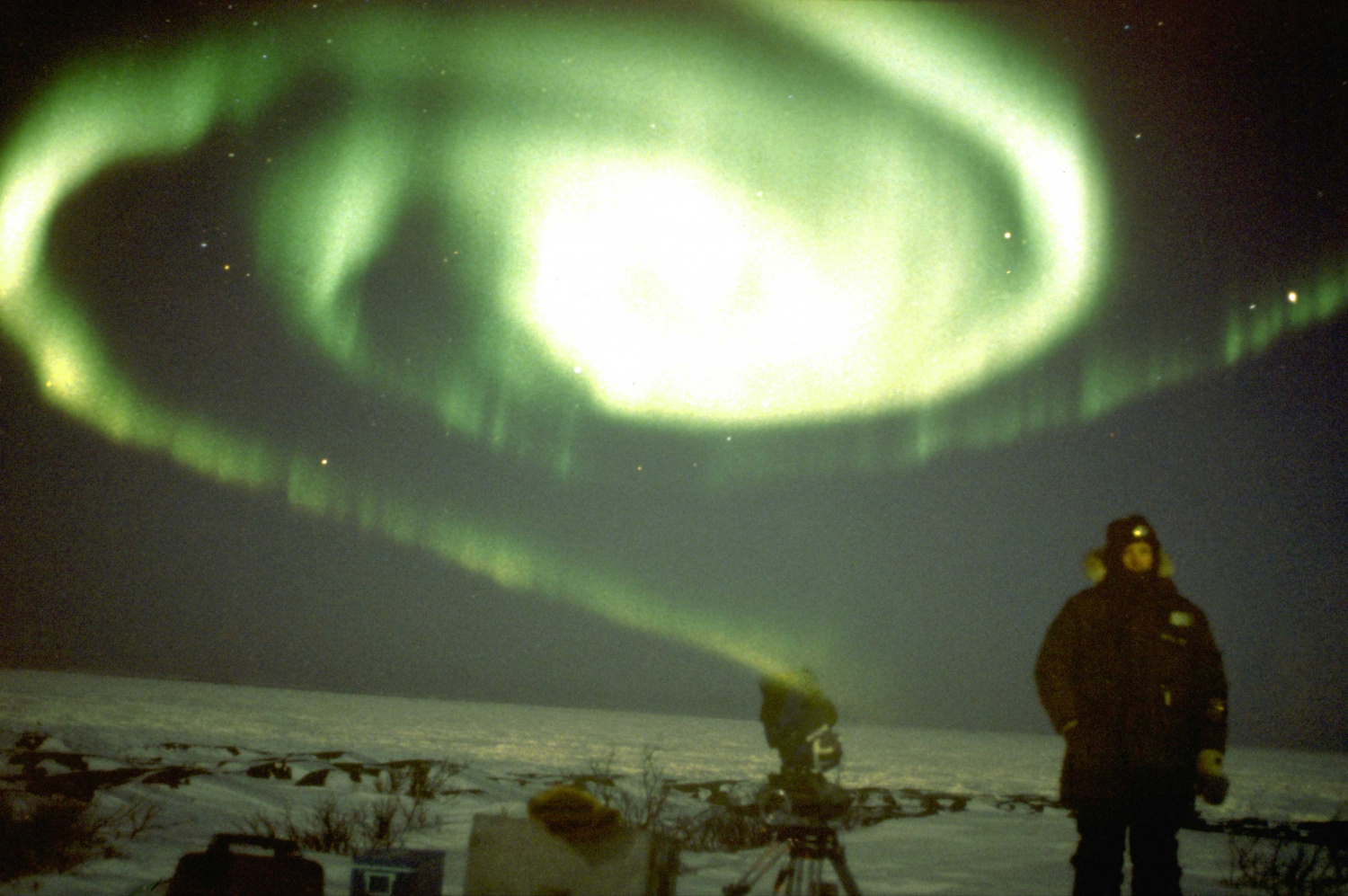