THE HUMAN BODY AS A MICROCOSM OF THE UNIVERSE: YOGA

Intention: Connect to your subtle body
Theme: OSMOSCOSMOS
Point of interest: The human body as a microcosm of the universe

Hatha yoga means the union of the moon and the sun, of all dualities, of inhaling and exhaling, of the female and the male. Every Saturday, the public is invited to stretch out their morning at the Centre de la photographie Genève. Artist and curator Sébastien Leseigneur, editor of the blog /50POSTS of OSMOSCOSMOS is offering a dynamic practice for all levels that combines meditation, respiration techniques, and physical poses.

According to the Hatha Yoga tradition our body can be perceived as a microcosm of the universe. You have already heard about the chakras, we have 7: Muladhara, Svadhishthana, Manipura, Anahata, Vishuddha, Ajna and Sahasrara. They are connected by canals called nadis. In yoga theory, nadis carry prana, the vital energy. In other words, it is an idealized version of the subtle body structure intended to guide yogi visualization and contemplation.
From a historical point of view, it seems that the chakras were originally designed in connection with human anatomy for the purpose of physiological study.

In the physical body, nadis are channels that carry air, water, nutrients, blood and other body fluids and are similar to arteries, veins, bronchioles, nerves, lymphatic channels, etc. In a later phase in accordance with the tantric idea that the human body is the microcosm of the universe, material objects such as the sun, the moon and mountains, flowers were associated with these centres (Muladhara/root earth, Svadhishthana/moon emotional water, Manipura/ sun fire, Anahata/air wind, Vishuddha/ether space, Ajna/light mink and Sahasrara/lotus flower at the thousand petals, thought.) All this works like an image, like a map of our subtle body. And through the practice that follows, I invite you to be present and to be attentive to the least of your sensations. In yoga we use proprioception, it is the ability of our nervous system to receive information from the receptors we have on the skin, in our ears and in our muscles.

We will work with breathing. In yoga there are the physical posture, asanas, and pranayama which allows us to activate prana and thus focus on the subtle body.

to inhale feels the pelvic floor that activates and drags your pubis.
at the exhalation maintains this action at the same time as your rib cage rises.

Cosmic Ujjayi breathing (Ujjayi): contraction of the back of the glottis, oceanic respiration. Through the mouth the sound h. This sound breath helps to rest the mind, calm the nervous system and regulate the internal heat.

We will move with the breath from the inside out. This allows the body's movements to be a reflection of the dynamics of breathing, calms the nervous system and facilitates a meditative experience in movement.

Tadasana: be natural, a beautiful mountain with the sky above. Note what you count, capture this moment as a photograph.

The practice of yoga is a practice of intention. The anjali mudra hands are a sign of respect and greeting to ourselves. Hands in front of the energy center of the heart, looking inwards. Anjali means offering, what are you taking to offer to your practice? Maybe softness, clarity, how you feel today? be attentive. When the intention is clear, we bow to seal it.

Action more important than form. Stay rooted in your foundation. Then integration, then expression.

Awakening sensitivity is the purpose of this trip. Brings creativity into the repetition. Through awakening, attention, you are able to say what is happening in your body.

Savasana: The end of your practice. Let your body rest in stillness and your mind in silence. Note how it feels to be you here. Imagine the starry night sky. Imagine this sky as a lake. Come back into your body as if you were entering this lake. Wake him up with one breath.

In Hindu mythology, humans, animals, the universe, deities are all part of the same dream. Each individual is part of a great cosmic theatre called Lila. This dream, this elusive reality that is ours according to Indian mystics, is called Maya*. She's like a veil. Through the practice of yoga, we could lift the veil and glimpse the "bigpicture" and realize that the self and the universe are one... Hindu philosophy is a rather creative approach to metaphysics. Close to the myth of Plato's cave. If you came out of the cave, what would you see behind the starry veil of reality? The eye captures a fragment of the energy and matter present in the universe in 3 dimensions, photography allows it to capture infrared waves, x-rays, radio waves. Astrophysicists are working to capture the invisible and antimatter. In yoga, by turning our attention inward, we begin to see the most subtle movements of our energetic body.

The greatest joy yoga can bring is to connect with yourself. We practice asanas to integrate into the depths of our being the knowledge that is transmitted to us in life.

Namaste: I greet the cosmic energy in you


*Māyā (devanāgarī: माया)1 is a Sanskrit term that has several meanings in Indian religions. Māyā is the power of God to create, perpetuating the illusion of duality in the phenomenal universe; it is also the illusory nature of the world. For Indian mystics, this manifestation is real, but it is an elusive reality. It would be a mistake, but a natural mistake, to consider it as a truth or a fundamental reality. Every person, every physical object, from the point of view of eternity, is just a drop in the ocean without limits. The purpose of spiritual awakening is to understand it, more precisely to experience the false dichotomy, the mirage of Māyā in order to transcend it, to pass its veil and to realize that the Âtman, that is to say the self and the universe, the Brahman are one.

"It is Māyā, the veil of illusion, which covers the eyes of mortals, makes them see a world that cannot be told if it is or if it is not, a world that resembles the dream, the radiation of the sun on the sand, where from afar the traveller thinks he sees a water table, or a rope thrown on the ground that he thinks is a snake (The World as Will and as Representation)."

Similar reflections (without denying their differences) can be found in Chinese philosophy (see Tao, Zhuang Zi) and Western philosophy. We can mention the allegory of Plato's cave. 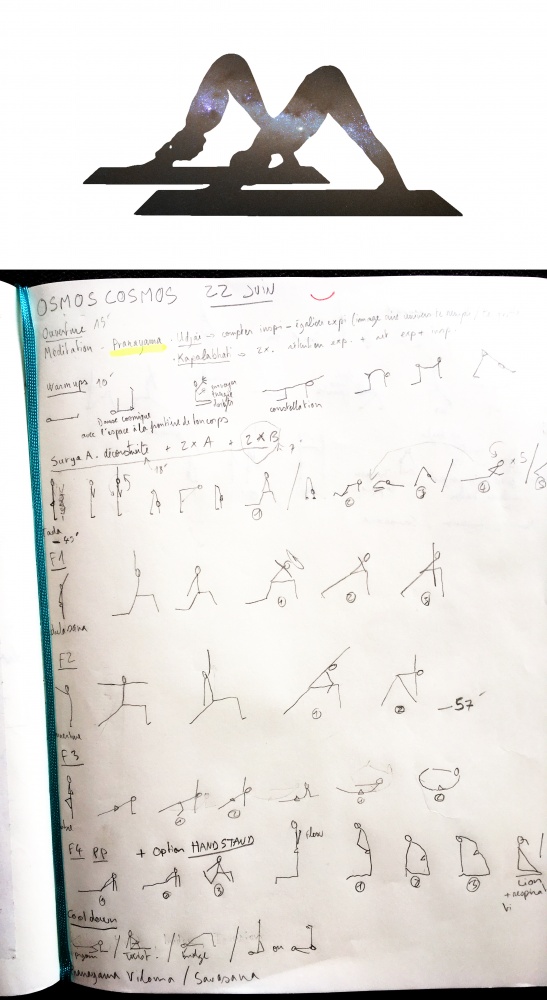