KNIT YOUR OWN STUFF

I was reading Mauriac the other day: the Mémoires intérieurs, written at the very end of his life. It’s the time when the final pellets of vanity accumulate into a cyst, when the self starts up its last pathetic murmur of ‘Remember me, remember me…’; it’s the time when the autobiographies get written, the last boasts are made, and the memories which no-one else’s brain still holds are written down with a false idea of value.
But that’s just what Mauriac declines to do. He writes his ‘Mémoires’, but they aren’t his memoires. We are spared the counting-games and spelling-bees of childhood, the servant-girl in the humid attic, the canny uncle with metal teeth and a headful of stories – or whatever. Instead, Mauriac tells us about the books he’d read, the painters he’s liked, the plays he’s seen. He finds himself by looking in the works by others. He defines his own faith by a passionate anger against Gide the Luciferian. Reading his ‘mémoires’ is like meeting a man on a train who says, ‘Don’t look at me, that’s misleading. If you want to know what I’m like, wait until we’re in a tunnel, and then study my reflection in the window.’ You wait, and look, and catch a face against a shifting background of sooty walls, cables and sudden brickwork. The transparent shape flickers and jumps, always a few feet away. You become accustomed to its existence, you move with its movements; and though you know its presence is conditional, you feel it to be permanent. Then there is a wail from ahead, a roar and a burst of light; the face is gone for ever.
(in: Julian Barnes: Flaubert’s Parrot, London: Picador (1984) 1995: 95-96.)

“Knit your Own Stuff”, is an advice Julian Barnes gives to writers. But I am not a writer. Instead of composing my own text I fall back on a passage I have read. If you want to know what I have to say, study the reflection of my thoughts in another man’s text – and above all in the exhibition display of OSMOSCOSMOS. Move with its movements and feel its permanency and ultimate disappearance. 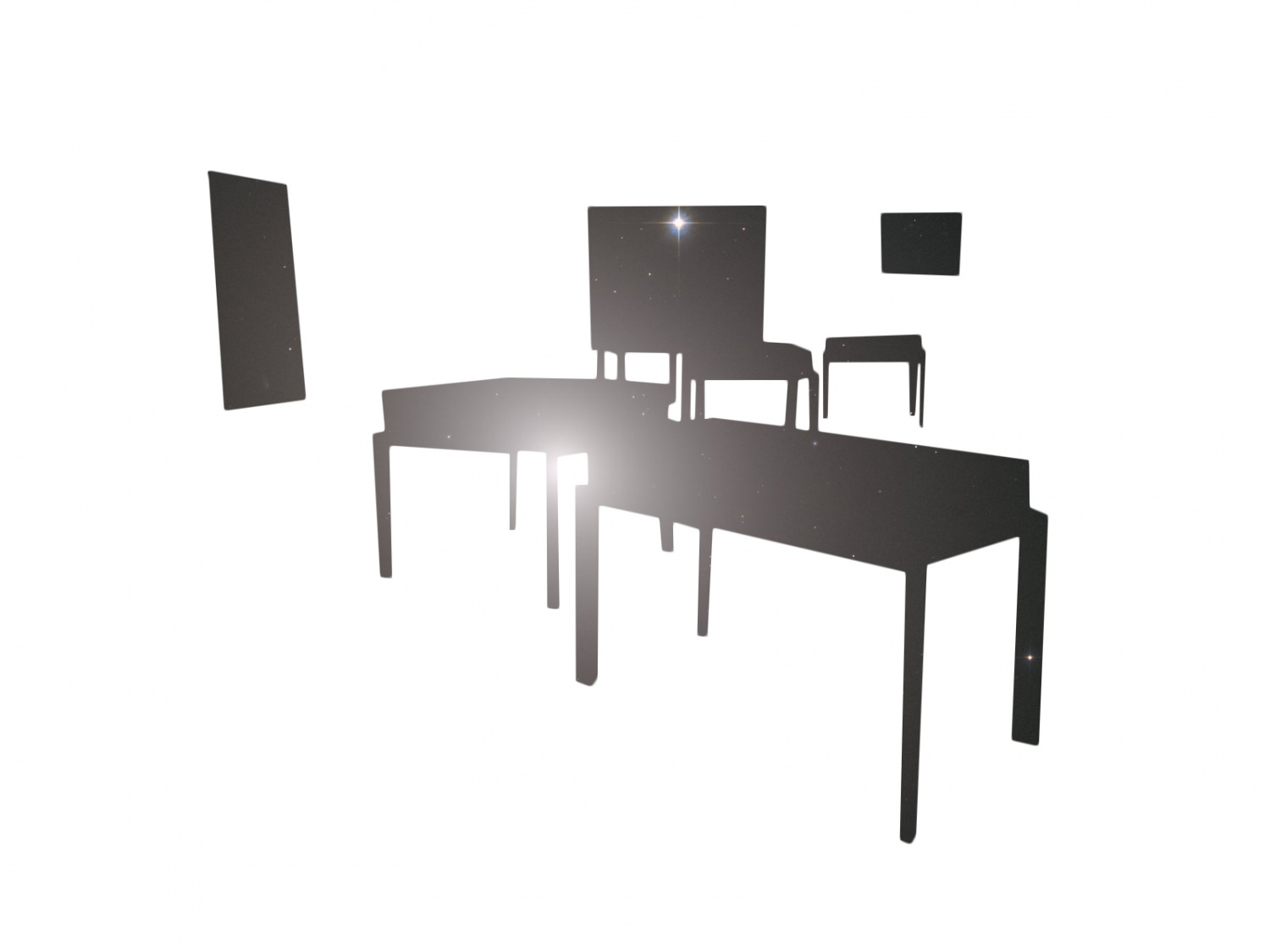